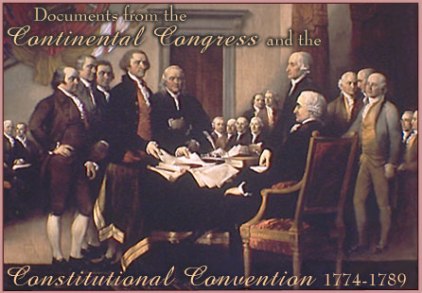 The United States was founded on the principle of Republicanism, the ideology that the people hold popular sovereignty instead of being subjected to a monarchy. This would evolve into our current democracy  or the Great American Experiment – a system of government by the whole population typically through elected representatives.  Freedom, Liberty, Justice, Fair Representation and the right of Self-Determination were notions espoused by the Founding Fathers or patriots.  Ironically in throwing off the shackles of the British crown in the name of democracy, the patriots essentially took on the role of outlaw. As subjects of the crown they rebelled against what they believed to be unjust rule by an absentee monarch.  Perhaps that is their true legacy to the nation, throwing off the hands of tyranny and injustice even if it requires working outside of the established legal order. Now it seems that the principles that so many fought so long and so hard for are in jeopardy of being lost due to fear and our own lack of vigilance.

At any rate, it appears that the Founding Fathers possessed virtues that are in extremely

short supply in our modern world – vision, humility and most importantly wisdom. The philosophy of “E Pluribus Unum” (Out of Many One) expressed as the motto on the Great Seal is in my opinion, one of the most important ideological bridges between esoteric thought and reality. From the micro to the macro, it is a running central theme that permeates through nearly every aspect of what we know and understand.  From what comprises us as human beings – the physical, mental, spiritual or soul contained within the one body to individuals making up a single community to the individual states comprising one nation or nations working as part of a world community – the aspects of this idea of E Pluribus Unum is concretely entrenched in all things.  It is evident in nature as we can visibly observe and in the cosmos as many different forces work cohesively together as one nurturing and ever expanding universe.  Unfortunately for the United States we seem to be moving away from this philosophy and adhering more or less to a rule by the elite while giving the illusion of maintaining the democracy that so many have fought and died for over the centuries.

America seems to be devolving from a great democracy into an oligarchy system of governance by the few and the privileged.  Individual voices seem to carry little weight or have no meaning.  This sense of frustration for a lack of voice in government on the part of  the common man and woman is no more evident than within the current campaign for the presidency and embodied in the support for candidate Donald Trump.  The support that he enjoys is rooted within the anger of those “silenced voices” of the nation and his candidacy is both legitimised and propelled by fear, apathy, ignorance, self-centeredness and arrogance of a population that seems to be searching for anyone to save them from a world that is vastly becoming more confusing, frightening, sinister and beyond their control.  To that end, many would ironically surrender their liberty and their freedom upon which the nation was founded in exchange for a gilded cage managed by rulers of their own choosing.   If the United States is to survive, evolve and retain the vision of its Founding Fathers, then a new approach will be required to confront the contemporary challenges that we face. A vision that embodies the spirit of the nation’s constitution, supported by the will of the people and guided by a leader of conviction, wisdom, intelligence and balance dedicated to uniting the country in freedom, justice and liberty – the principles upon which it was established.